Skip to content
It has been a very busy and hectic last month and a half. Two days after I moved to Thunder Bay, my teams annual spring testing camp, A.K.A Boot Camp, began. When I first heard the term “Boot Camp”, I imagined our coach with a whistle yelling at us as we rolled muddy tires, did push ups and sprinted around. Thankfully, that was not the case. The name Boot Camp comes rather from the fact that the training can be somewhat of a shock to the body after the easier months of training in April and May. The goal of the camp was to do a variety of tests in order to collect quality data that would be used throughout the rest of the training season. After getting sick from doing a similar testing camp last year, I made sure to be better prepared for the one this year and all in all the week was a success.

The tests we did included a running treadmill test, an uphill 3km running test, an uphill roller ski test and a skate roller ski time-trial. These intensity workouts were spread out through 7 days and were mixed in with other easier workouts. If you are interested in reading more about my team, I highly suggest you visit our website: http://www.ndctbay.ca/. My teammates and I will take turns posting articles throughout the season.

I recently came back from our second training camp of the summer. The goal of this “Alignment camp”, which was held in Canmore, Alberta was to provide all the best athletes in Canada the opportunity to train all together for 2 weeks. Our team was joined by the two other Canadian Training Centres, the Alberta World Cup Academy and Centre National d’Entrainement Pierre Harvey (Quebec) as well as the World Cup Team. This made a grand total of 15 woman and 35 men. The fact that it was the first time that I have been able to train with such a large group of strong female skiers made it a very fun and exciting 2 weeks.
This camp was an amazing learning opportunity.I did a variety of intensity workouts with my fellow competitors which allowed me to get a better idea of my weaknesses and my strengths. One of my big goals for the training season is to improve on my upper body strength and ultimately improve on my double polling (upper body only technique). Luckily, the camp provided many occasions to work on that goal. One of the workouts was a double-pole only team sprint. To be completely honest, I was slightly disappointed and a little discouraged when I found out that the team sprint had been changed from a skate sprint to a double-pole sprint. In the past, I have caught myself being a little negative about this specific technique. Before the workout began, I expected it to be difficult and that the last hill of the race course would test both my mental and physical abilities. I was right. On my 6th and last time up, I could feel every muscle in my body burn as I pushed over the hill. Instead of focusing on the pain, I focused on having a quick tempo and staying strong. When I finished the workout, I had an amazing feeling of accomplishment. I may have predicted how hard the workout was going to be, but I had not expected to have as much fun as I did! My amazing teammate, Frederique Vezina and I even won a hand crafted card board gold trophy designed and built by the one and only Coach Pav.
The 2 weeks I spent in Canmore were filled with many other fun activities and workouts that are best described with pictures, so here it goes:
Until next time,

2 Replies to “From Thunder Bay to Canmore and back” 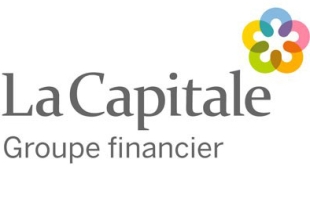 April corduroy!! We are spoiled!!!
2020-2021 season, you were short but sweet 🇨🇦💥👊
Capping off my third World Championships with 23rd in the 30km. Proud of myself for daring to go for it, even though I wasn’t quite able to hold on. ✌️ @oberstdorf2021 . Next up,🇨🇭 !!
Relay days are the best because we get to be skiers AND cheerleaders. Proud of our team for giving our absolute best yesterday. And a big shoutout to the # 1 cheerleader out there @mayamacisaacjones ❤️