The training season so far has been all about simplicity. In fact I have spent two and a half month straight at my home base in Thunder Bay. As much I love traveling to training camps I really enjoyed having a somewhat consistent schedule throughout the months of May, June and July. That being said, by the time August rolled around I was excited for a change of scenery, so while the rest of my team  headed east for a training camp, I flew west to Canmore in search of some higher altitude.

During my three week stay in Canmore I was lucky to have received support from the Alberta World Cup Academy. I spent the first five days in Canmore getting adjusted to the altitude before heading up to the Haig Glacier for six days of skiing. The Haig glacier is situated in Kananaskis country an hour drive from Canmore plus a three-hour hike from the trailhead. Our gear, including our sleeping bags, clothing, skis and poles are flown up to the camp by helicopter. The “camp” which consist of three modest buildings, a bunkhouse for the athletes, a cabin for the coaches and staff and the main building composed of a kitchen and living area. The elevation of the camp is 2400 m while the actual glacier, a 45 minute hike from the camp, is at an altitude of 2700m. I had been to the Haig twice before, in 2012 and 2016 and other than the new porta-potties, not much has changed. Although the Haig is by no means luxurious, it offers the perfect training environment: three healthy and hearty meals a day, no internet (no distractions!) and of course, snow.  A typical day at the Haig goes something like this:

6 AM: Wake up and do my morning CARs (controlled articular rotations)

8:00: Ski!!! Most days I would ski from 2 to 3 hours. It is too high to do any intensity but we did a lot of technique work with AWCA coaches Chris and Allison.

3:00: Relax (read, play cards, Frisbee golf) or do a core session with the team led by Allison.

6:00: Food. Again! The hunger is real when we are training big hours at altitude. After dinner we often reviewed technique video.

On our return from the Haig we were greeted by lots and lots of smoke. Luckily our training load was a bit lower and it provided the perfect opportunity to do some intensity on the rollerski treadmill. The three week training block was a yo-yo camp meaning we went up to altitude (Haig), trained low (Canmore) and returned to altitude for a couple of days. For this second yo-yo block, I returned to Kananaskis country with Dahria for two workouts, a hike and a four hour rollerski up Highwood Pass. 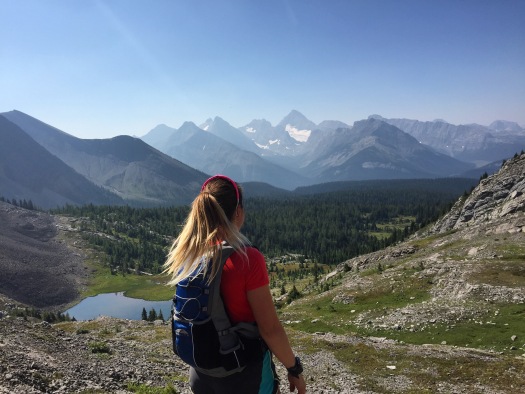 I returned to Thunder Bay for a short two days before heading home to Chelsea for a week of rest and recovery. Other than hitting up my favourite local food joints with my sister, I also participated in a Nakkertok practice as a “guest coach” and participated in Nakkertok’s annual Luskville Time Trial, a 2km uphill running test. The test was just as painful as I remembered only this time I was finally able to set a new PB (from the time I set in 2010) and also snatched a new course record! 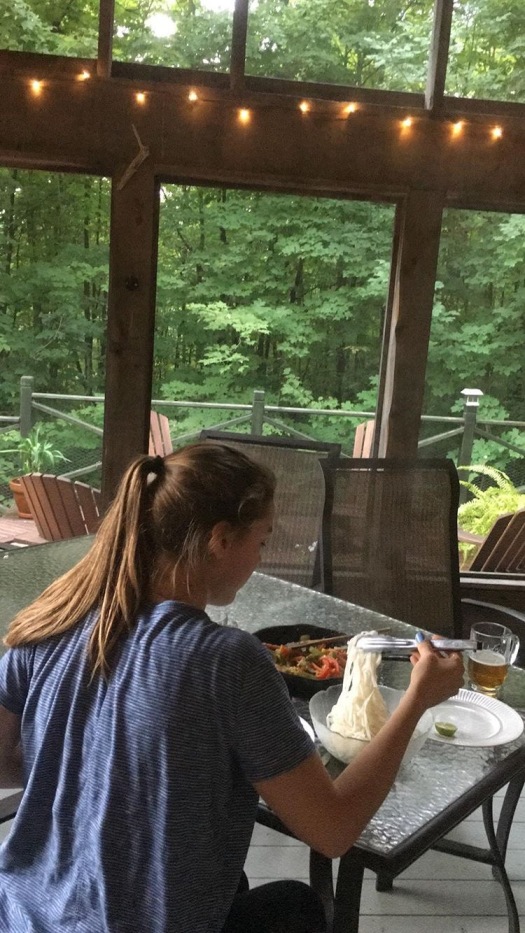 The fall intensity/testing week has just begun in Tbay and I have been back to school for a week. I’ll update on testing before I head to Mammoth for a training camp at the beginning of October.

Thank you for reading!